Mhh.. apple sauce (or “Apfelmus”, how we call it in Germany) – it bring’s a piece of my childhood back. My mother used to make fresh latke and we ate the oily-hot things with apple sauce and rye bread – a saxony dish. But my favourite dish was semolina pudding with butter, cinnamon, sugar and apple sauce 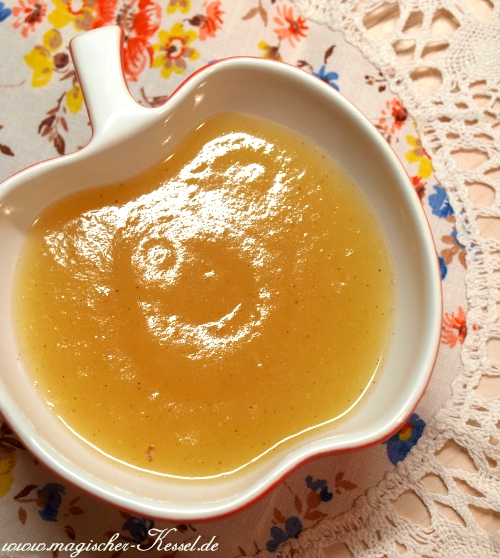 The first time I made this recipe a few years ago, a neighbour brought me apples from the old sort “Klaräpfel”.  It’s an variety of early and delicate dessert apples here in Germany. They aren’t common any more, because you can’t really storage them after you picked them. That’s not really convenient for the modern food trade. But you can find this apples often in old orchards or in a “Schrebergarten” – that’s how we call an allotment garden in Germany. But this recipe will work with other kinds of apples too. I cooked a lot of apple sauce with different kinds of apples over the years after my recipe. 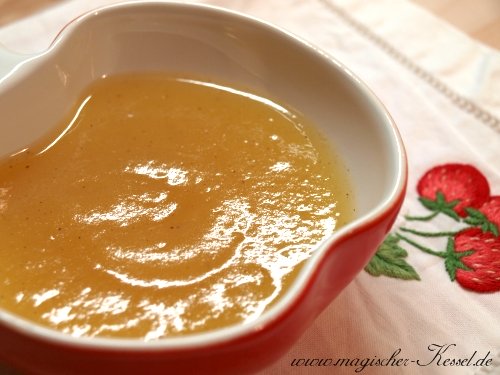 How to adjust the recipe

Maybe you must adjust this basic recipe a little bit – due to the taste of the fruits you want to convert into delicious apple sauce. Here are some tips to do so: 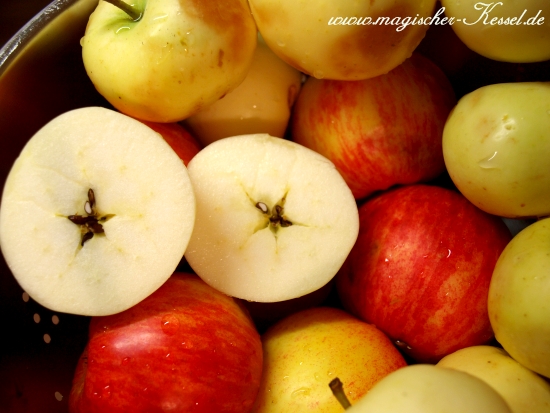 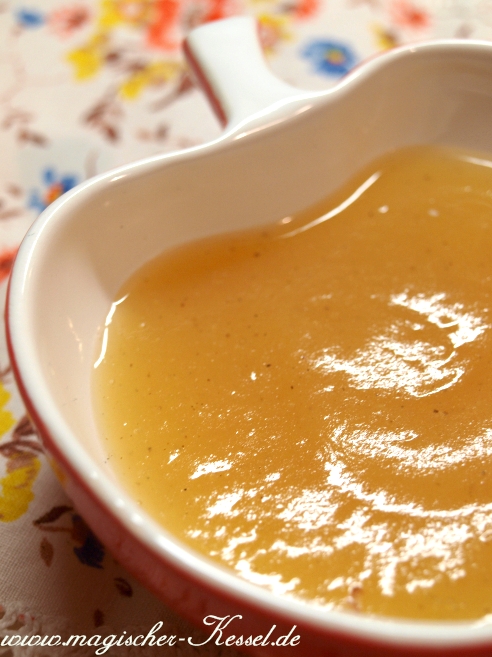 750 g apples (peeled, cored and chopped)
100 – 300 ml water (according to the juiciness of the fruits)
80 g honey
juice from 1 lemon
1/8 teaspoon vanilla bean powder* (alternatively use vanilla extract or a scraped vanilla bean) 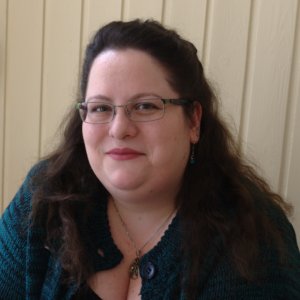 This website uses cookies to improve your experience while you navigate through the website. Out of these, the cookies that are categorized as necessary are stored on your browser as they are essential for the working of basic functionalities of the website. We also use third-party cookies that help us analyze and understand how you use this website. These cookies will be stored in your browser only with your consent. You also have the option to opt-out of these cookies. But opting out of some of these cookies may affect your browsing experience.
Necessary Always Enabled
Necessary cookies are absolutely essential for the website to function properly. This category only includes cookies that ensures basic functionalities and security features of the website. These cookies do not store any personal information.
Non-necessary
Any cookies that may not be particularly necessary for the website to function and is used specifically to collect user personal data via analytics, ads, other embedded contents are termed as non-necessary cookies. It is mandatory to procure user consent prior to running these cookies on your website.
SAVE & ACCEPT
WordPress SEO fine-tune by Meta SEO Pack from Poradnik Webmastera